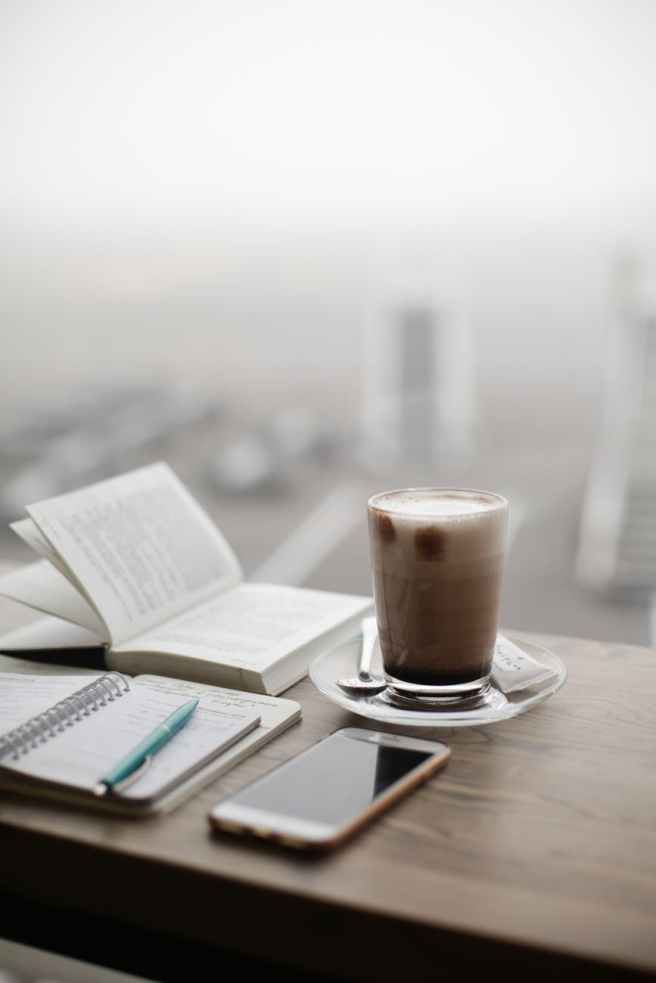 Beatrice sat in the departure lounge. She had allowed herself a soy latte, decaf after she had her vitamin drip. She looked up from her phone, appalled and excited to see if anyone recognised her.

No one did. She sent her location and a photograph of her latte to her platforms. These neurotic pronouncements were what she was doing instead of writing the second season. She thought about going into the writer’s room and tasted metals on her tongue. Beatrice was playing ring-a-rose with people who would stab her in the kidneys if they thought it granted them time with HBO and she was flying out with a vague idea on how to proceed with season two.

Both her parents had moved onto second marriages, but held onto inherited monies and well-paid work in the art world. They were patrons and Beatrice, despite her anxious flamboyance, was subject to their patronage. She aimed for the kindness of her audience by apologizing for it.

Social media was the perfect drug for her. Otherwise she was teetotal, vegan and drug-free. She wasn’t sure if Lexapro counted. Everyone she knew was on something. Her anxiety was symbiotic and it had allowed her enough success to not have to ask her parents for money as often as she used to. Beatrice resented having to ask at all because they used to know. She watched a pair of men walk up to the counter, both in suits.

They were close enough to listen. Beatrice’s fingers hovered over the screen, ready to record it for posterity. She wouldn’t risk video but a recollection would be interesting. Perhaps, she thought, I could hashtag it with something. There were, she thought, a father and son. She tweeted about how great it was to see fathers and sons out together but she worried about seen as misogynist so she deleted it.

‘I know I’m over thinking it.’ the younger man said.

The older man scratched his beard.

Beatrice rolled her eyes. The paucity of their talk offended her.

She had been sharing a lot of trans support stuff of late.

The reaction was immediate. More likes than comments, and people shared it. A drop of intention into the ocean of the internet, and people drank deep. She looked up, saw both men were looking at her. The older man’s eyes were dark with concern.

She used some of their conversation, to give it some colour. It was important to seed your story with detail. Beatrice tricked herself into her best writing, and here she was, exposed to the internet.

Beatrice took three or four photos. People were posting about observations about the men, and soon the internet knew who they were.

The older man reached into his jacket and took out his phone. He read the screen, scowled and stood up. He looked at Beatrice.

‘Excuse me, are you tweeting about us right now?’ he said.

Beatrice swallowed and looked away.

‘No, and why would you shout at someone like that? I have anxiety.’ she said.

Her fingers were dancing across the screen.

The younger man looked at his phone and then turned his head to stare at her.

‘She’s sent photos. What is wrong with you?’ he said.

Beatrice’s heart beat hard against her ribs. She put the phone back in her handbag. Taking video would have made things worse, but it would have been great to see those angry men berating her.

No one would ask what prompted it. It would come later, but by then, people would talk about it. She gritted her teeth and stood up. Her legs wobbled and she pulled her bag close to her chest.

They called her flight and she walked away.

She sat down, stared at the screen, saw the notifications piling up before an email came through.

‘Studio is pissed! If you’re not on your way, call me. If you are, stay off the internet, I AM SERIOUS’

Her head swam with a delicious dizziness. She was falling without moving. The sensible, professional thing to do was to mute the notifications, wait for it to die down and reassure the studio it was performance art.

Beatrice yearned to be a disappointment. She opened her app and composed a message about the assault she’d experienced.

My book Until She Sings is out now.