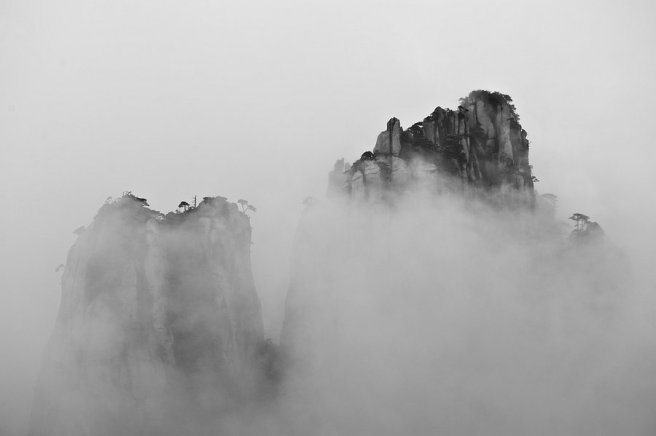 Kelly looked at the plate of eggs and bacon which John put in front of her as she sat down at the kitchen diner.

He shrugged his shoulders.

‘So long as I stick to breakfast meat and anything I’ve hunted or grown.’ he said

She smiled at him whilst trying to block out the information he gave off in waves. A haze of evidence swimming over to her like heat on a summer afternoon, filtered and translated into a knowledge of the man.

Kelly did not feel the pull to change shape. Her version of the infection had chosen elegance over brute force, but there was a power pulling within her. A fullness of presence and thought, which verged on the violent in its interaction with the world through her senses.

The knowledge had no moral filter. Kelly swatted away how John would struggle to process poison, clear in the micro biomes which collected in every exhalation. His elevated core temperature was evidence of a heightened basal metabolic rate. These were not her terms because whatever happened, it was not omniscience. She borrowed them from what she had read in the brief interaction with John’s A.I. and grafted them onto vast libraries of information. Kelly swallowed it down, too concerned with looking at John, feeling the slow roll of hunger in her stomach and reconciling it all with pulling off a scab the size and dimensions of a full body cast.

She picked up the cutlery and ate with relish. John brought his own plate over and they ate in a companionable silence. He poured coffee for them at regular intervals, wearing a quiet smile at the chance to act with her care in mind. Kelly swallowed the last mouthful of coffee and wiped her lips with a napkin.

‘I know what’s happened. What it’s done.’ she said.

John nodded and got out his tobacco, rolled them both cigarettes lit before she continued.

‘I know things. All the time, there’s information in my head, pulled in from everywhere and I know what to do with it.’ she said.

John frowned and glanced into her eyes.

‘My senses ramped up after the infection, but I don’t synthesize it beyond what I’m experiencing. But you know things? he said.

Kelly swallowed and loosened the barrier on her hidden knowledge, released a brief burst of revelation into her conscious mind.

‘If I wanted to kill you, poison would be the best way. I can see how your system processes things and I know what would do the most harm to it. It’s horrible I’ve figured it out, let alone I’m sharing the first thing I can do with this.’

He reached across and took her hand in his.

‘You don’t frighten me, Kelly. People change all the time, and sometimes it’s difficult to stay present with someone during those times, but I do my best.’

Kelly squeezed his rough, large fingers. She enjoyed, on a quiet, older level, how large his hands were. It was not weakness, but she enjoyed the primitive disparity between them. This knowledge was amusing enough to acknowledge with a smile to herself.

He cleared his throat.

‘I’d like to run tests. If I’m supposed to study what this is, then we should get started.’

Kelly ran her tongue over her teeth.

‘John, there are people still after me. Hiding out here and running tests won’t change it.’ he said.

John exhaled and put down his cigarette to place his other hand over hers.

‘No, they won’t but if we have to run, it’s better we know what you’re capable of.’ he said.

Kelly wondered if she wanted to know.

She wondered if she had a choice in the knowledge. It was insistent in making itself plain to her, enough to cause a concern about whether it would overwhelm her. With John, it made him a monster, prone to spasms of violence and mutation, but he had controlled it.

Kelly imagined how her monster would manifest itself.
2.

Olivia saw the metal cylinder set into one corner of the suite.

‘I’ve had time to think about my condition. My wealth is such I can arrange my life around it without incident. If you’re to work in the field, that is a luxury you cannot afford.’ he said.

The cylinder hissed open and Olivia shielded her eyes against the sudden burst of light before it diffused into something she could stare at without discomfort.

It was dark blue and black, made from a material which reminded her of neoprene, the material used in diving suits. Small clear studs holding a clear liquid covered the suit. Olivia turned and looked at Amaro.

Amaro smirked and shook his head.

‘You wear this under ordinary clothes and it increases the time you can spend out of the water.’ he said.

She grimaced and recalled the tank Amaro had sat within when they first met in person.

Amaro made a see-saw gesture with his right hand.

‘It depends on your level of activity. Once, after a grievous wound, I spent a year submerged before I healed up. You represent experience, but a little theory too.’ he said.

Olivia fought a pang of dismay at her changes being a matter of theory. It reminded her, too late, not to project romantic notions onto him. He had power, but he had paid for it, and she knew her price was being exacted upfront. Her intoxication had come up against the reality of her condition.

‘What happens if I don’t submerge?’ she said.

Amaro grinned and shook his head.

‘ You will devolve to a state of pure appetite, without concern for your own survival. There is tremendous power in such a state, but also a danger. ‘ he said.

He placed his hand on her shoulder.

‘Such an item grants you agency, Olivia. Without it, you would be a thing of interest. With it, you remain of profound use.’

Olivia caught the veiled warning, plucked from his phrasing and syntax with ease and stored it in her forebrain as a good lesson to learn under his cruel and permanent education. He was gentle and attentive, but it was a school for monsters here and she put her concerns to one side as she smiled and nodded.

He reached behind the suit and retrieved a small black case, handed it to her.

‘You will need a sidearm. I had this prototype made available.’

She opened it with shaking fingers.

It was a ceramic revolver, heavy but tailored to sit in her palm. The sights were perfect, and she turned it in the light with a professional pleasure.

‘It takes large rounds and doesn’t drop shells. A distinction, someone with your background would appreciate.’ he said.

She opened the chamber. Eight rounds with large, white bullets, each of them had a small coloured dot. Four black dots, two red and two green. She closed the chamber.

‘Black dots. High explosive hollow points. The red dots contain phosphorus and the green uses a neurotoxin synthesized from the glands we possess.’ he said

She retrieved the padded shoulder holster and found the gun fitted in with a rasp of designed pleasure.

For the last gift, he handed her a spectacles case. She found a pair of wraparound shades and slipped them on. A brief tingling at her temples prompted a sudden flare of icons and symbols which shimmered before becoming translucent. She sniffed at a sudden tension in her nostrils and ear canals.

‘These will filter and conduct your acuities. I have a nose clip available, so you can analyse any scene without external equipment.’ he said.

She pushed her chest out, excited by the equipment and the abilities to use them. Amaro understood her. Power, and the means to wield it in pursuit of something larger had been a romantic, crippling notion before it crashed into the reality of her biology. Olivia was something useful but awful here, but it felt more real than the life which proceeded it.

‘Amaro, thank you. I will make you proud of me.’ she said.

Olivia meant it too. He was someone, something not to provoke or displease. Yet, despite the dangers, he had given her things which raised her to a point where she could stand and receive instruction on what it was to be a monster.

Adam squatted in the cave. He had slipped from civilisation and into the wild as soon as possible. There were too many people to dispose of, and with each one, he had recovered memories of how good it felt to kill someone.

The ease of it had been pragmatic, but when he became aware of it, it prompted a measure of invention which disgusted and disturbed the police when they came across the first set of bodies. After he washed the blood from the bodies of the Turner family, he shivered beneath the open night sky and realised he had forgotten himself.

His journey had taken him in the right direction, but his actions would stain his soul of the right to act upon it with righteousness. Murder had started as a way of getting what he wanted, but it was too much pleasure to bear alongside his need to follow the magnetic, divine pull of whatever had awoken.

When he rested, he felt it moving and as powerful as his consciousness was, it could not define or locate the energy. It was a fire, offering knowledge and warmth, but far enough to deny him the experience of it. He would find it and snuff it out.

It was the reason for his creation. His actions had been a soul taking root in the soil of experience, bearing poisonous berries of knowledge and he had made himself drunk with his quest for meaning. It took centuries for him to listen to the knowledge within himself, and to accept it, but Adam had tasted the bitter cocktail of rejection and misuse, and it made his purpose a vessel for his weaknesses.

Adam became a renunciate of murder and resolved to focus his attention on finding the source.

He had climbed the mountain two days ago, hanging in the rain without blinking as he made his way to the top, where it was dark and quiet. He squatted down in a corner of the cave and closed his eyes.

Behind him, the sleeping bear rolled over in his sleep and did not mind the presence. It emitted gentle waves of calm, soothing and forgetful as it sent him back to sleep.

Adam closed his eyes and was about to recall sitting by Lake Geneva, listening to the old man speak when his head boomed with a swift and piercing sensation.

A second source had emerged. It made his sinuses burn, but he held himself in the squat and put his hands over his eyes, breathed through the knowledge as it cut symbols into his brain.

The bear slept on, unaware of how close it came to death.

Adam walked out of the cave and looked over the thick skins of mist, the trees and rocks which jutted through as a gauge of how far he had to go.

Two of them, one moving towards the other. He smiled at his fortune and decided to reward himself with recollections of Lake Geneva again.

The old man had been telling him a story.