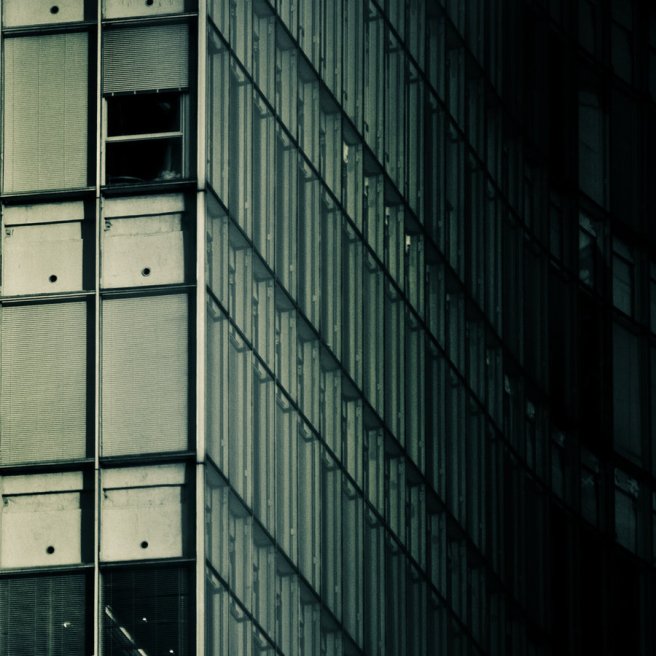 Mick parked the car and saw he had missed a few calls. It was the estate agent, apologizing for running late, and to just wait outside until he arrived. He tried to call her back, but got a busy signal before it cut out and he saw the signal bars had dropped to nothing.

There were 75 football pitches of unused industrial land across London. and tepid suggestions to convert them into homes for 420,000 people. Mick had no interest in being a philanthropist, at least not until he could afford to throw money around. In Mick’s pantheon of heroes, he looked to the likes of Jordan Belfort and Jeff Bezos, men of ambition and drive. Charity was good when you could afford it, but otherwise he had a vision to achieve.

He looked but could never quite reach those heights. The car was on lease and he had a grand total of £8.35 in the bank, putting everything onto the credit card and hoping things would pan out in the meantime. Mick had vision and ambition, but late at night, when the drugs and drink wore off, he would have whispered conversations with his fears, begging them not to be true.

Mick got out and lit a cigarette, looking at the office building looming before him. There were broken windows on the upper floors but he imagined what could replace it.

Mick saw only potential, which made him a good salesman, but potential had failed to get anyone to put money into his ideas and now he was waiting for the estate agent when he had been looking at opportunities all day. He wanted a stiff drink, a line of Bolivian Marching Powder and a bird with big tits on his lap, telling him how powerful he was.

The fencing hung forwards, worn and drooping like an old man’s jowls and the gate was unlocked. Mick looked around and opened the gate, deciding he would have a look around until the estate agent arrived. The sun had set, but Mick had dangled the carrot of a fat commision before him, so it was to be the last appointment of the day for the both of them.

He kicked up clumps of dirt with the toe of his Oxfords, ruining the polish, but he often defaulted to a boyish restlessness when left to his own devices. He fought the impulse to pick up something and toss it through one of the windows facing him, instead he strode over to the glass double doors, looked at the chain and padlock which held them closed like a wedding ring. He pulled on it, and laughed as one good pull took the whole thing off. Mick calculated he could knock twenty per cent off the asking price for sloppy security alone, taking a chill pleasure in negotiating from a position of power.

He checked his phone, but there was no signal so he put it back in his jacket pocket and pushed the doors open.

Mick’s voice echoed and died against the dust-strewn walls and floor. There were teeming piles of manila folders on what had been the reception desk, faded patches where framed paintings had been hung and removed, office chairs with the back rests removed or wheels missing. Mick was already arranging the skips he’d need to gut this place. If there was anything useful, he knew a few people who could move things for him.

He opened one of the folders at random, tables of numbers which made his eyes blur to watch and he closed it. The action made the pile totter and fall forwards. Mic leapt back but a tower of them thumped into his left knee as it fell, and he fell backwards, clutching his knee as he cried out in pain and surprise.

Mick swore and limped back to the double doors which had swung closed behind him.

He pushed the doors but they resisted. Mick shoved it again, but his left knee sang with pain and he could not put any real strength behind it. He rattled the door, but it remained locked, no matter how hard he shoved it.

Mick tried his phone but it had no signal and he paced the reception area as much as his swelling knee would allow. He found an office chair and sat down to take the pressure off his left leg, looking out through the glass and wondering if he smashed through, whether he could say it was like it when he arrived.

He got up and limped through the doors to his right.

There were empty desks and abandoned CRT monitors, bundles of wiring poking out from the walls like bouquets of dead flowers, and the floor underneath stuck to the soles of his shoes with a thin squeaking sound. Mick had to narrow his eyes through the gloom and he tasted the dust in each breath. He sneezed which made his knee flare up in sympathy and Mick had to reach out to lean against a desk.

Mick spat the dust from his mouth onto the floor as he got to his feet. He laughed and shook his head.

His voice echoed down the office and he cackled as he pushed himself forwards, determined to have a look around until the estate agent arrived. Mick imagined the indignation he would muster, even reducing the bird to tears, which made his cock throb with anticipation. He loosened his tie and limped through the office to another set of double doors. Mick knew these sorts of places, had done his time manning phones and cold calling people without a care beyond what they could do for him. He was feted as someone who never put the phone down on a lead, even to the point of tears and they agreed to an appointment just to get him off the phone.

Good times, he told himself, as he opened the next set of double doors onto a set of stairs leading up to the first floor. The stairway was shrouded in darkness and he got out his phone, activated the flashlight function and held it ahead of him as he made his way upstairs.

Mick superimposed his vision onto his surroundings. He had decided not to demolish the building, already seeing the new companies who would come in, all of them formed into a perfect engine of commerce, people as fuel, and the roar of corporate combat made him throb with ambition.

He was halfway up the stairs when the flashlight died on his phone. Mick stood still and laughed at himself. The echo slid up the stairs and returned to him, made by the acoustics into something mocking and petulant. Mick’s stomach turned over, and he felt a crop of sweat start at his hairline.

Mick started to make his way up the stairs when he heard the thump of something moving on the floor above. Mick imagined it was more paperwork, client data left to rot before the administrators were called in. He laughed at his fear, and kept moving up the stairs.

He pushed open the doors and amidst the gloom, he saw a shape moving at the end of the office.

Mick enjoyed shouting at people. If he could get them crying, it was a gold star on his personal wall of achievement and this squatting twat was going to get the rough edge of his tongue if he had any say in it.

‘Yeah you heard me. Get the fuck out of here, this is gonna be my building.’

Mick opened his mouth to give the squatter some more stick when he saw it turn in his direction.

A low, rough growl made the air vibrate ahead of it as Mick stood there, his heart thumping in his chest as he rubbed his tongue against the rough of his mouth for reassurance. He backed up, compensating for his left knee, which throbbed like a rotten tooth with every step he took.

The shape rose up, tall enough it’s head rested against the ceiling. Darkness shielded most of the details of its anatomy, but Mick saw its eyes, black and thirsting as sheets of paper fell from its head. It grinned and Mick saw how sharp and wet its teeth were.

All the better to eat you with, my dear, Mick recalled the line from the stories his mum had told him. He had been scared of the big bad wolf as a child, so much so, he only overcame it by becoming one.

The shape growled and fell onto all fours as it moved towards him. Mick flailed and turned around, desperate to get out of here as he shoved the doors open and ran for the stairs. His left knee went and he fell on the second step, banging his head against the wall as he tried to stop his fall and instead falling onto his back as he cried out with the unfairness of it all.

The doors flung open and Mick looked at the shape as it reared up and extended its arms. Mick saw its mouth, too full of teeth and its eyes bulging with an insane hunger. What flesh there was, glistened like white rubber as it screamed its hatred for him.

Mick’s head rang with the impact and he tried to stand up before it leapt forward and fell on him.

It buried its face in his abdomen, gnawing through his shirt with a desperate, mechanical hunger as he thrashed in blind agony. It extended its hands to pin him down as he tried to slip from its grasp. The pain made him turn his head and vomit but nothing stopped it feeding. Mick’s last thought was to look into its eyes and see a kindred spirit looking back at him.

Jennifer pulled up and saw the car parked here. She called the towing service as she looked at the building and smiled. She was going to lose out on the commision but judging by his credit report, the man was all mouth and no trousers. She walked towards the building, with a bright and rejuvenating faith making her pace quicken. The building was perfect for their purposes, a potential location for rejuvenation and a lair for the God she had been introduced to five years ago. She replaced the chain and padlock on the double doors, left them unlocked and did a walk to make sure Mick had not dropped anything.

A howl came from the first floor and she looked up at the blank, empty windows with love in her heart. Her God was pleased and would reward her work with continued success.