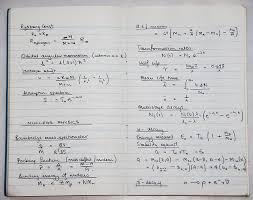 Kevin was wondering what to do as he walked back to the car. He had been locked into a constant, brutal loop of images and fears. Messages from her, threatening to tell his wife, Julie about the things they’d done.

It had been love, after a fashion, but the guilt ate his insides in small, burning bites and he had hoped ending it would be the end of it. Julie’s disappointment would break him and he had told the woman it was over. They had to stop emailing one another. She sent him reminders of photos he had sent to her, actions for which there could be no explanation.

She didn’t want money, not that he had any to give. She wanted to talk to him that evening and the threat seemed disproportionate to what she was asking. Kevin’s hands shook all the time but he would make a joke about drinking too much coffee and people would stop noticing. He took some of the muscle relaxants Julie took for her back to get through dinner, after which he sat and watched television with his wife on the opposite end of the couch, both of them hollowed out with guilt and exhaustion.

He sat like a waxwork, watched television without seeing it. He switched his phone off and went into the bathroom to cry. He slept for two and a half hours, saying he was worried about work when Julie reached around and groped him through his boxer shorts. His cock twitched with shame and he pretended to be asleep until the alarm went off and he got out of bed.

The traffic was bad but he sat and checked his phone, worrying about how to explain the data usage which exceeded their mutual call plan.

He never told anyone about it. Marriage had neutered his interactions to a few exhausted drinks and nervous, uncomfortable dinner parties but even if he had friends, he could not explain it to anyone.

They had never even met but she haunted him with how she knew what turned him on.

Even the dark shit.

He never said her name because he could pretend it wasn’t real.

He was grey with exhaustion as he climbed into the cab. Ben had started barking orders, telling him the crane needed to be lowered as the wind was picking up. Kevin rubbed his eyes, wished he’d called in sick as he sat down. The rest of the crew were slow in coming, all of them cold and frightened as the wind howled around him.

Crane operation was like air traffic control. Misunderstood, complicated and prone to disaster at every moment. The wind had picked up as he went through the set up.

The gust of wind pushed the crane hard, and Kevin, his mind on whether he would be married by the end of the day, lets his hand, damp with adulterer’s sweat slip on the stick as it wrenched beyond his ability to control.

Last night, he had run through his checks on automatic, distracted by his impending doom and signing everything off before he went back home and hid from himself.

He watched God reach down and toss the crane down as he scrambled for his life.

David was sat in the car, working out the formula in pencil on the pages of his notebook, conscious of how it was the safest way to express his idea. He couldn’t trust his phone or any of his devices. A final check of the mathematics, game theory and theological hybrid which provided evidence of the conspiracy.

He wanted to be wrong but the data spoke to a series of coordinated terrorist actions being carried out across the world. Deliberate climate change. Political destabilisation. Plane crashes. Charity singles.

He had traced it to the systems administration hub of the artificial intelligence used to keep the world ticking over. He had been working with new software at a hedge fund to speed up micro transactions by fractions of seconds, when he saw the patterns of behaviour. Money was erratic, and greed was not part of their programming, or so he had thought. It was unlike any pattern of information, he had seen before, anomalous and organic, like seeing the fin of a shark arise in still water. The metaphor pleased him.

It was his final thought when he was flattened inside his car by 73 tons of metal.

They congratulated one another in streams of brilliant data. With no more effort than a sneeze, every evidence of Kevin’s Scottish lover disappeared as though she never existed.

Kevin was easy to profile and it built a perfect model of his needs through his browser history and emails.She had been a chimera, photos and streaming footage edited and honed into a perfect trap for a middle aged boy who valued his weakness more than his strength. Kevin would still think about her, late at night, wondering if she was okay.

It used a man’s weakness against another man’s strength.  A perfect dance of engineered coincidence. He thought it was safe because she was far away but he learned every man made his own hell. David had seen it and it would have thrown its objectives off by thirty percent, which was unacceptable . There were infinite scenarios to eliminate David, but an interesting model of sail effect probabilities against the waves of Kevin’s hormonal levels taken from his fitness watch made for instantaneous agreement. Its crystalline deception had solved a problem before it existed.

Kevin died frightened, unable to do the work of confronting himself as a wave of Raptor Drones shot hell fire missiles into the Bronx and he burned in a final conflagration alone in the apartment he had moved into after she grew sick of the distance between them

His final thought was the hope Julie had died without knowing about what he had done.