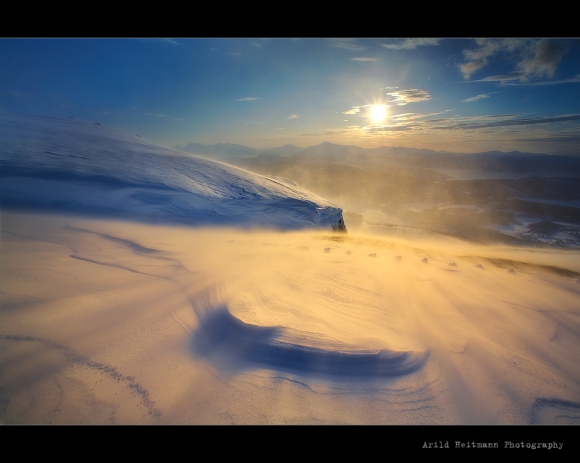 Barry checked his reflection in the scarred perspex that protected the advertisement on the side of the bus shelter. The model, with his sculptured abdominals and thick, defined pectorals was hairless aside from a manicured beard and his hair was in that style that Barry associated with photos of his grandfather during the war. Barry could not see a single pore or curly hair, nothing to compare or identify with anymore.

He had that disassociation happen with a lot of things lately.

His fingers curled around the business card in his pocket, and he ran his fingertips over the thick, smooth card. They were meeting in St George’s Park and then would head up to the beach. The sun had melted into a flushed orange goo that stained the rooftops like nicotine. The park was empty, all the stained, scabbed drunks and drug users had found somewhere else to be that evening, apparently. Barry noticed it because it was so seldom. He spent more time afraid than he cared to admit to anyone, most of all himself and coming here took more out of him than he thought it would.

There were four men stood by the war memorial. One of them was in his sixties, with a face that had the texture of crumpled newspaper left in the sun too long and he stood next to a young man with thin, underfed features and a vape pen held between his teeth like a baby’s dummy. A larger man stood to their right, head shaved to stubble, a goatee and a wary light in his eyes as he spoke to the fourth man, the only one of the four that he had met before tonight.

Barry had met him at the Out There festival where performers and artists came from all over Europe to perform before an audience of seagulls and disbelieving locals on mobility scooters. They had been in the park watching a trapeze act throw themselves through the air to one another. Barry had come as part of his attempt to crack the cocoon of his grieving process, not so much for his marriage but for the fact that Caroline was already posting pictures of her scan on Facebook and the dates adding up to a stark moment of knowing that he had done everything right and still lost. Greg, the new father to be looked like someone had let a gorilla loose in a men’s clothing shop and he wore gristly, vaguely wet looking cheap gold jewellery plus Barry had thought he always smelled vaguely of chip fat.

He was torturing himself in imagining the two of them together, wondering when they had conceived the baby but still staring at the trapeze artists, wondering how he would feel if one of them fell, snapped something important and laid there, gasping and crying.

He would trade places with them in a heartbeat, he had decided.

Barry looked to his right, then up. Nate watched the act with an appreciative grin on his wide, tanned face as he applauded. Barry gave a timid nod as nervous perspiration gathered at the small of his back and beneath his arms.

Nate sniffed and looked at Barry.

‘They’re free up there. They train and work towards that point where they can risk everything for a moment of glory most people could never dream of.’

Barry swallowed to relieve the tightness in his throat.

They stood there in a tentative silence whilst Barry looked around for an opportunity to escape. He decided that he would pretend he had seen someone. He would have loved that to have been true.

Nate’s voice had softened and Barry looked into his fierce, blue eyes and did not see mockery there.

A wave of intense vulnerability pulled from deep within his bones. His eyes stung with the beginning of tears.

Nate smiled and took out a business card from his jacket pocket.

A telephone number and an email address. Barry respected how thick and smooth the card was, the kind that you had to commission. Barry had worked in a stationery shop for a couple of years after high school. They didn’t really exist anymore, absorbed into chains of shops that had a lot of things to offer but nothing you really needed. Barry started to give the card back.

Barry frowned and started to pull away.

‘That’s probably been your life motto but if you want to change that, be here tomorrow night at eight.’

Nate turned and walked away.

That night, he had exhausted himself trying to find a reason not to go. He had spent too many nights on stale sheets that carried the sad musk of his defeat. He had done that before and if nothing else, it might be a good laugh.

He remembered that he never had such worries when he was a boy. He would leap into the world without gauging the depths, and it was that memory which made his decision for him.

Terry was the eldest. Carl was the youngest man. Eddie had been in the Royal Marines and had not been able to find a job since leaving. He volunteered in a local charity shop and fixed bicycles in his spare time.

He had a lot of trouble sleeping.

All of them nodded at that.

Nate clapped his hands together.

‘You’ve all started to see things about yourselves.’

Barry waited for the cheap inflated optimism of so much self-help material but it never came.

Nate suggested they walk to the beach.

They walked slowly, Terry’s knee played up, but he did his best not to slow anyone down.

Everyone nodded except Carl who grimaced and took a deep pull on his vape pen.

‘It doesn’t make a difference, though, does it? No one gives a fuck about us.’

‘No they don’t. If I wanted to sell you something, I would say that it does make a difference but I don’t want anyone’s money.’

Carl’s upper lip trembled and he sucked on the pen again.

‘This isn’t religion, is it? I can’t stand that shit neither.’

Nate shook his head and smiled.

‘God doesn’t come into this. I’m not selling anything here.’

Carl stuck his vape pen back into his pocket and exhaled a gaudily large plume of smoke. Barry sighed with disdain. He almost preferred tobacco smokers, who managed to conduct their habit with a sense of furtiveness about it.

‘Then what are we here for? What is a Primitive Approach?’

Nate pointed towards the beach.

The others all looked at one another.

‘What’s going on here? I was kind of expecting something like Crossfit but I don’t think Terry could manage that.’

Terry barked out a surprised laugh.

‘Weren’t for my knee, I could manage my foot up your arse, you cheeky prick.’

They walked beneath a streetlight and Barry thought that Nate’s mouth looked fuller somehow.

Barry remembered coming to Yarmouth beach as a boy, happy to be amiably hoodwinked into spending time with a particularly English lower-case version of Christianity. He liked playing beach cricket and the sandwiches, but he would mouth the hymns rather than sing them.

Barry decided to go along with this in the same spirit.

They walked onto the beach, slowing down so that Terry could keep up. The sand had a way of shifting without moving but they kept moving. The wind had started to pick up, but Barry was exhilarated rather than cold.

Nate’s face looked different, fuller and more angular but Barry wondered if it was just the shadows. Barry could hold onto a delusion better than anyone else he knew. Marriage had taught him how.

When Nate asked them to hold hands, his voice sounded thicker but Barry barely caught it over the awkward laughter they all gave. When they did though, it felt good. Barry had not realised how starved he had been of simple contact. The warm joy of sensation began to change into something more intense and Nate looked up. His eyes had changed to a tawny, bright yellow.

Barry awoke in the sand dunes, on his back and naked. He took in a deep breath and inhaled deeply. Every salt molecule in the air, the oil on the feathers of the seagulls above him were known to him. He tasted blood when he swallowed but it was not his own. It was sweet and his tongue probed a shred of meat between his teeth which he dislodged and swallowed without thinking.

He sat up, every muscle aching with a deep, stretched out warmth and blinked against the sunrise.

Sensations and memories stirred. He could not make sense of them, but he accepted them with a detached clarity and appreciation.

Nate had been right to ask them not to bring their phones or wallets. Barry could not find his trainers or socks but his jogging bottoms and t-shirt were close by. He dressed quickly and started to walk up the beach.

He remembered the shift of the sand beneath his feet.

He stopped and rubbed his eyes. There was someone running up the beach towards him, arms pumping as his flabby white chest heaved with a bold effort. The grin on his face was lustful and rejuvenating.

Barry smiled and began to run to meet him.

I am available for writing projects via my agent, Kelly and I look forward to hearing from you.

#mc_embed_signup{background:#fff; clear:left; font:14px Helvetica,Arial,sans-serif; }
/* Add your own MailChimp form style overrides in your site stylesheet or in this style block.
We recommend moving this block and the preceding CSS link to the HEAD of your HTML file. */